In a process called diapause, many animal species delay the development of their embryos in order to ensure that their offspring is born at a possibly favorable time. Scientists from DKFZ and HI-STEM have now shown that this process is regulated by the MYC oncogene. If MYC is turned off in mice, embryonic stem cells and early embryos enter a reversible biochemical state of dormancy. However, this does not affect their ability to differentiate into any cell type of the body. When MYC is reactivated, the dormant embryos are able to develop into healthy animals. These findings have been published in the latest issue of “Cell” and were featured as the cover story. 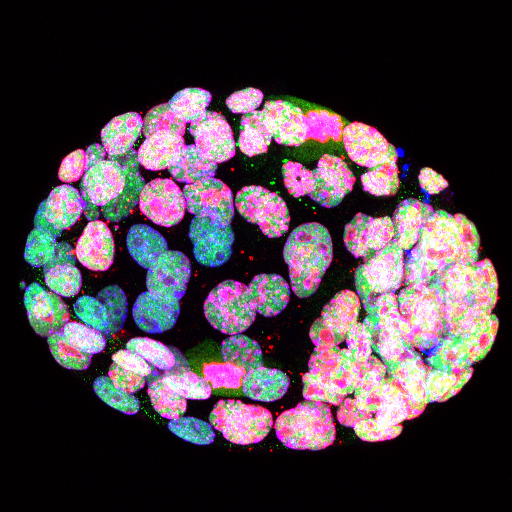